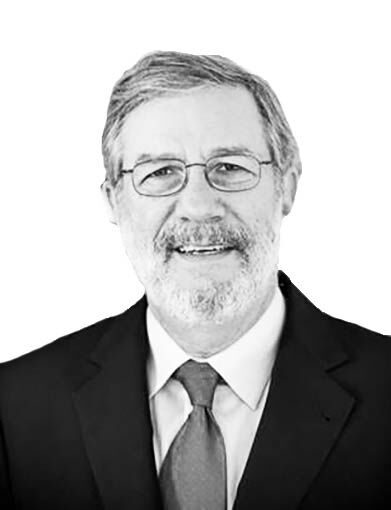 Allan Katz served as Ambassador of the United States of America to the Republic of Portugal from March 2010 until August 2013. Upon his return to private life, Ambassador Katz created Katz, Jacobs and Associates, LLC (KJA), joined UMKC as a Distinguished Professor and Bryan Cave LLP, an international law firm, as Of Counsel. He is a frequent speaker on developments in Europe and American politics. He currently is the National Chairman of the Village Square which has grown from a local initiative he started in Tallahassee Florida 8 years ago to a national organization with chapters in every region of the continental United States. He also serves as Executive Committee Chair of the Academic and Corporate Board to ISCTE Business School in Lisbon Portugal.

Ambassador Katz is a lawyer by background who has been active in local and national politics for many years. In the private sector, he was the National Director of the Public Policy practice group at the firm of Akerman Senterfitt from 2004 to 2010. Previously, Ambassador Katz was the managing partner of Katz, Kutter, Alderman & Bryant, P.A., in Tallahassee, Florida from the firm's inception in 1987. Prior to that he served in Washington, DC as legislative counsel to Congressman Bill Gunter and David Obey and was the General Counsel to the Commission on Administrative Review of the US House of Representatives. He later served as Assistant Insurance Commissioner and Assistant Treasurer for the State of Florida.

As City of Tallahassee Commissioner (2002-2009), Ambassador Katz was the leader in having Tallahassee's municipally owned electric company abandon an investment in older coal technology and instead pursue one of the nation's most aggressive Demand Side Management programs. Ambassador Katz also served on the board of the Florida Municipal Energy Association, which is made up of the power companies in Florida.

Ambassador Katz has been recognized for his work as a lawyer and a community leader. The Environmental Defense Fund and the Florida Wildlife Federation Fund honored him with the, "Champion for Climate Change" award. He has been recognized as a leading lawyer by many organizations including "The Best Lawyers in America for Insurance Law" and "Chambers USA."

Ambassador Katz received his BA from UMKC in 1969 and his JD from Washington College of Law at American University in Washington DC in 1974. He is married with two grown children.