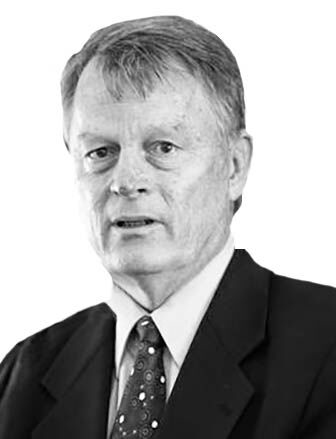 Rand Beers served as Deputy Assistant to the President and Deputy Homeland Security Advisor on the National Security Council Staff of the White House from January 2014 to March 2015.

Mr. Beers served as Acting Secretary of the U.S. Department of Homeland Security (DHS) from September 2013 to December 2013. He also served as Acting Deputy Secretary from May 2013 until September 2013. In June 2009, Rand Beers was nominated by President Barack Obama and confirmed by the U.S. Senate to serve as the Under Secretary for the National Protection and Programs Directorate (NPPD) at DHS, where he led integrated efforts to reduce risks to physical, cyber and communications infrastructures. Throughout his service at DHS, Rand Beers was a trusted advisor to the Secretary of Homeland Security, providing invaluable counsel and guidance on a wide spectrum of homeland security issues, from counterterrorism efforts to cybersecurity.

During his tenure at DHS before becoming the Acting Secretary, he concurrently served as the Department’s Counterterrorism Coordinator, overseeing departmental operational and policy functions to prevent, respond to, and mitigate threats to U.S. national security from acts of terrorism. Before serving in DHS, he was the co-chair of the DHS Transition Team for the incoming Obama Administration.

Prior to the Obama Administration, Rand Beers was the President of the National Security Network, a network of experts seeking to foster discussion of progressive national security ideas around the country, and an Adjunct Lecturer at the Kennedy School of Government at Harvard.

Rand Beers began his professional career as a Marine Corps officer and rifle company commander in Vietnam (1964-1968). He entered the Foreign Service in 1971 and transferred to the Civil Service in 1983. He served most of his career in the Department of State, including as Deputy Assistant Secretary of State for Regional Affairs in the Bureau of Politico-Military Affairs, focusing on the Middle East and Persian Gulf (1992-1993). He was Assistant Secretary of State for International Narcotics and Law Enforcement Affairs (1998-2002).

Mr. Beers earned a bachelor’s degree from Dartmouth College and a master’s degree from the University of Michigan. He is married to Marion (Bonnie) Beers and has two sons, Nathaniel and Benjamin, and two grandchildren, Charlotte and Jonah.